Buena Park is a city in California (CA), United States 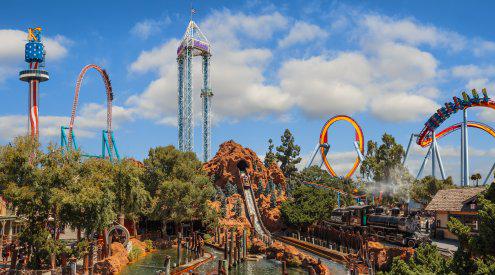 Buena Park is a city in northwestern Orange County, California, about 12 miles (20 km) northwest of downtown Santa Ana, the county seat. As of Census 2010 its population was 80,530. It is the location of several tourist attractions, including Knott's Berry Farm. It is located within the Los Angeles metropolitan area.