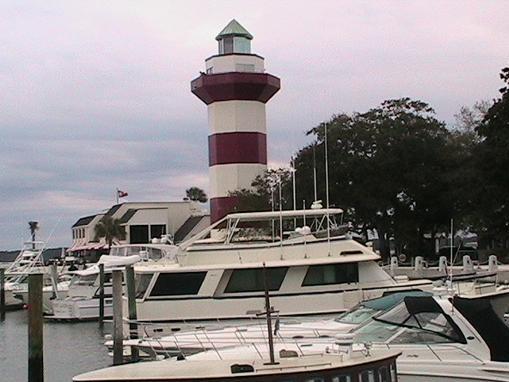 Hilton Head Island, sometimes referred to as simply Hilton Head, is a Lowcountry resort town and barrier island in Beaufort County, South Carolina, United States. It is 20 miles (32 km) northeast of Savannah, Georgia, and 95 miles (153 km) southwest of Charleston. The island is named after Captain William Hilton, who in 1663 identified a headland near the entrance to Port Royal Sound, which he named "Hilton's Head" after himself. The island features 12 miles (19 km) of beachfront on the Atlantic Ocean and is a popular vacation destination. In 2004, an estimated 2.25 million visitors pumped more than $1.5 billion into the local economy. The year-round population was 37,099 at the 2010 census, although during the peak of summer vacation season the population can swell to 150,000. Over the past decade, the island's population growth rate was 32%. Hilton Head Island is a primary city within the Hilton Head Island-Bluffton-Beaufort metropolitan area, which had an estimated population of 207,413 in 2015.