Ketchikan is a city in Alaska (AK), United States 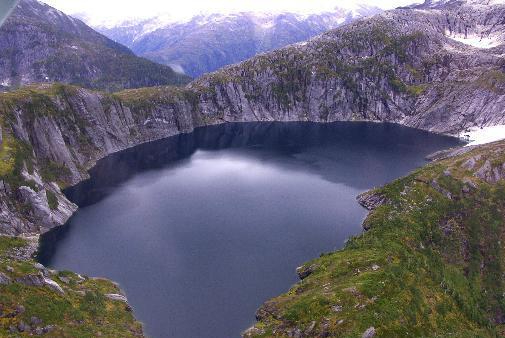 Ketchikan (/ˈkɛtʃɪkæn/ KETCH-ih-kan; Tlingit: Kichx̱áan) is a city in the Ketchikan Gateway Borough, Alaska, United States, the southeasternmost city in Alaska. With a population at the 2010 census of 8,050, it is the fifth-most populous city in the state, and tenth-most populous community when census-designated places are included. The surrounding borough, encompassing suburbs both north and south of the city along the Tongass Highway (most of which are commonly regarded as a part of Ketchikan, albeit not a part of the city itself), plus small rural settlements accessible mostly by water, registered a population of 13,477 in that same census. Estimates put the 2014 population at 13,787 people. Incorporated on August 25, 1900, Ketchikan is the earliest extant incorporated city in Alaska, because consolidation or unification elsewhere in Alaska resulted in dissolution of those communities' city governments. Ketchikan is located on Revillagigedo Island, so named in 1793 by Captain George Vancouver.