Maui is a city in Hawaii (HI), United States 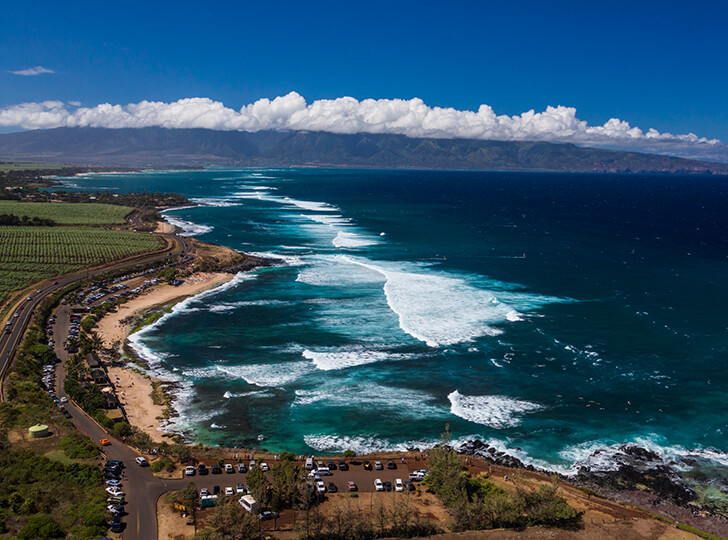 The island of Maui (/ˈmaʊ.i/; Hawaiian: [ˈmɐwwi]) is the second-largest of the Hawaiian Islands at 727.2 square miles (1,883 km2) and is the 17th-largest island in the United States. Maui is part of the State of Hawaii and is the largest of Maui County's four islands, which include Molokaʻi, Lānaʻi, and unpopulated Kahoʻolawe. In 2010, Maui had a population of 144,444, third-highest of the Hawaiian Islands, behind that of Oʻahu and Hawaiʻi Island. Kahului is the largest census-designated place (CDP) on the island with a population of 26,337 as of 2010[update] and is the commercial and financial hub of the island. Wailuku is the seat of Maui County and is the third-largest CDP as of 2010[update]. Other significant places include Kīhei (including Wailea and Makena in the Kihei Town CDP, the island's second-most-populated CDP), Lahaina (including Kāʻanapali and Kapalua in the Lahaina Town CDP), Makawao, Pukalani, Pāʻia, Kula, Haʻikū, and Hāna.