Montreal is a city in Quebec, Canada 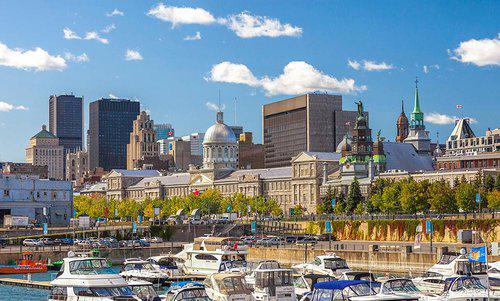 Montreal (/ˌmʌntriˈɒl/ ( listen); French: [mɔ̃ʁeal] ( listen); officially Montréal) is the most populous municipality in the Canadian province of Quebec and the second-most populous municipality in Canada as a whole. Originally called Ville-Marie, or "City of Mary", it is named after Mount Royal, the triple-peaked hill in the heart of the city. The city is centred on the Island of Montreal, which took its name from the same source as the city, and a few much smaller peripheral islands, the largest of which is Île Bizard. It has a distinct four-season continental climate with warm to hot summers and cold, snowy winters.

Read about Montreal in Wikipedia
Satellite map of Montreal, Canada