Mount Desert Island is a city in Maine (ME), United States 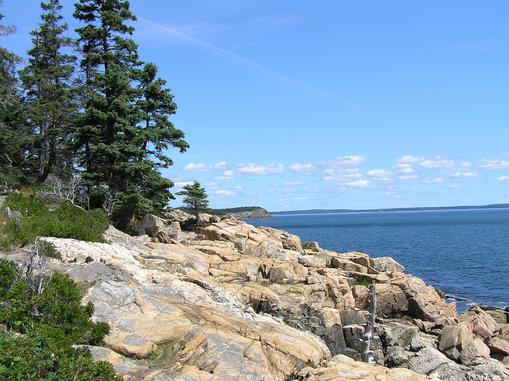 Mount Desert Island (often abbreviated MDI), in Hancock County, Maine, is the largest island off the coast of Maine. With an area of 108 square miles (280 km2) it is the 6th largest island in the contiguous United States. It is the second-largest island on the Eastern seaboard, behind Long Island and ahead of Martha's Vineyard. According to the 2010 census, the island has a year-round population of 10,615, although it is estimated that two and a half million tourists a year visit Acadia National Park on the island. The island is home to numerous well-known summer colonies such as Northeast Harbor and Bar Harbor.