Oahu is a city in Hawaii (HI), United States 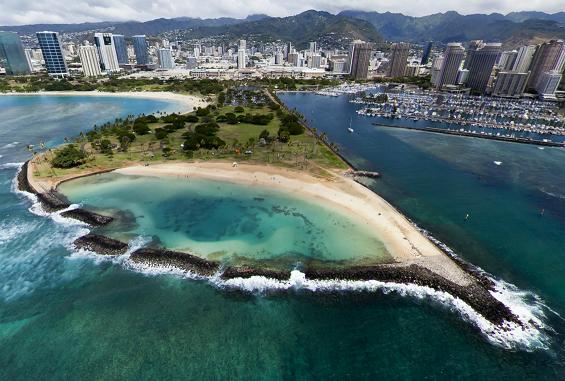 O‘ahu (pronounced [oˈʔɐhu], anglicized Oahu /oʊˈɑːhuː/) known as "The Gathering Place" is the third largest of the Hawaiian Islands. It is home to about two-thirds of the population of the U.S. state of Hawaii. The state capital, Honolulu, is on Oahu's southeast coast. Including small associated islands such as Ford Island and the islands in Kāneohe Bay and off the eastern (windward) coast, its area is 596.7 square miles (1,545.4 km2), making it the 20th largest island in the United States.