Ottawa is a city in Ontario, Canada 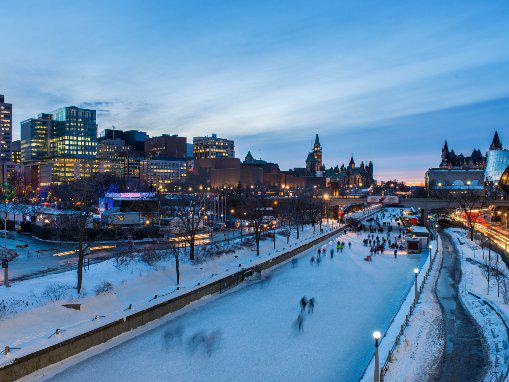 Ottawa (/ˈɒtəwə/ ( listen) or /-wɑː/; French pronunciation: ​[ɔtawa]) is the capital city of Canada. It stands on the south bank of the Ottawa River in the eastern portion of southern Ontario. Ottawa borders Gatineau, Quebec; the two form the core of the Ottawa–Gatineau census metropolitan area (CMA) and the National Capital Region (NCR). As of 2016, Ottawa had a city population of 934,243 and a metropolitan population of 1,323,783 making it the fourth-largest city and the fifth-largest CMA in Canada.

Read about Ottawa in Wikipedia
Satellite map of Ottawa, Canada