Sanibel Island is a city in Florida (FL), United States 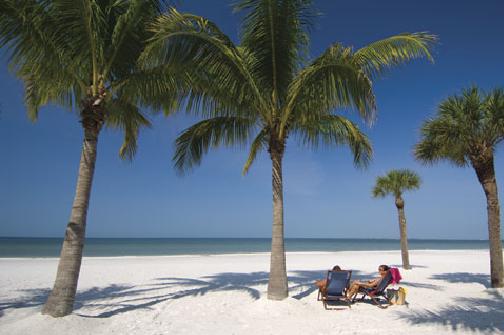 Sanibel is a city in Lee County, Florida, United States, on Sanibel Island. The population was 6,469 at the 2010 census, with an estimated 2012 population of 6,741. It is part of the Cape Coral-Fort Myers, Florida Metropolitan Statistical Area. Sanibel is a barrier island – a collection of sand on the leeward side of the more solid coral-rock of Pine Island.