Tucson is a city in Arizona (AZ), United States 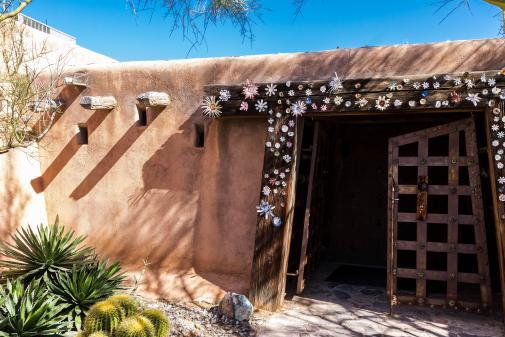 Tucson (/ˈtuːsɒn/ /tuːˈsɒn/) is a city and the county seat of Pima County, Arizona, United States, and home to the University of Arizona. The 2010 United States Census put the population at 520,116, while the 2015 estimated population of the entire Tucson metropolitan statistical area (MSA) was 980,263. The Tucson MSA forms part of the larger Tucson-Nogales combined statistical area (CSA), with a total population of 1,010,025 as of the 2010 Census. Tucson is the second-largest populated city in Arizona behind Phoenix, both of which anchor the Arizona Sun Corridor. The city is located 108 miles (174 km) southeast of Phoenix and 60 mi (97 km) north of the U.S.–Mexico border. Tucson is the 33rd largest city and the 53rd largest metropolitan area in the United States.