Vancouver is a city in British Columbia, Canada 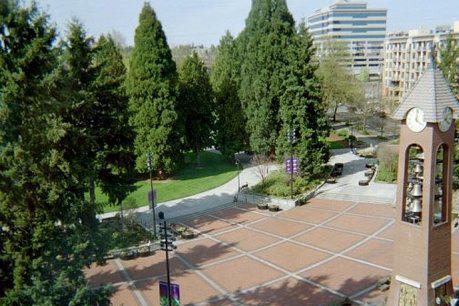 Vancouver (/vænˈkuːvər/ ( listen), locally /væŋ-/) is a coastal seaport city in Canada, located in the Lower Mainland region of British Columbia. As the most populous city in the province, the 2016 census recorded 631,486 people in the city, up from 603,502 in 2011. The Greater Vancouver area had a population of 2,463,431 in 2016, making it the third-largest metropolitan area in Canada. Vancouver has the highest population density in Canada with over 5,400 people per square kilometre, which makes it the fourth-most densely populated city with over 250,000 residents in North America behind New York City, San Francisco, and Mexico City according to the 2011 census. Vancouver is one of the most ethnically and linguistically diverse cities in Canada according to that census; 52% of its residents have a first language other than English. Vancouver is classed as a Beta global city.

Read about Vancouver in Wikipedia
Satellite map of Vancouver, Canada