Yellowknife is a city in Northwest Territories, Canada 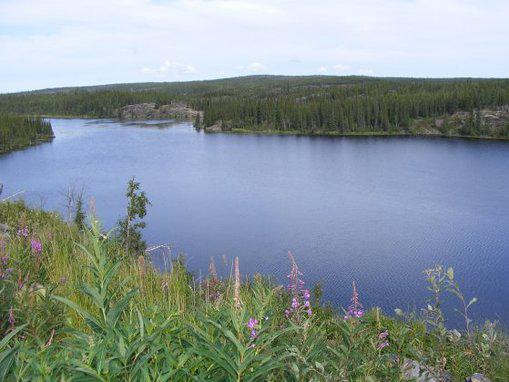 Yellowknife (English: /ˈjɛloʊnaɪf/ is the capital and only city, as well as the largest community, in the Northwest Territories (NT or NWT), Canada. It is located on the northern shore of Great Slave Lake, approximately 400 km (250 mi) south of the Arctic Circle, on the west side of Yellowknife Bay near the outlet of the Yellowknife River. Yellowknife and its surrounding water bodies were named after a local Dene tribe once known as the 'Copper Indians' or 'Yellowknife Indians', referred to locally as the Yellowknives Dene First Nation, who traded tools made from copper deposits near the Arctic Coast. Its population, which is ethnically mixed, was 19,569 in 2016. Of the eleven official languages of the Northwest Territories, five are spoken in significant numbers in Yellowknife: Dene Suline, Dogrib, South and North Slavey, English, and French. In the Dogrib language, the city is known as Sǫ̀mbak'è (Som-ba Kay) ("where the money is").

Read about Yellowknife in Wikipedia
Satellite map of Yellowknife, Canada